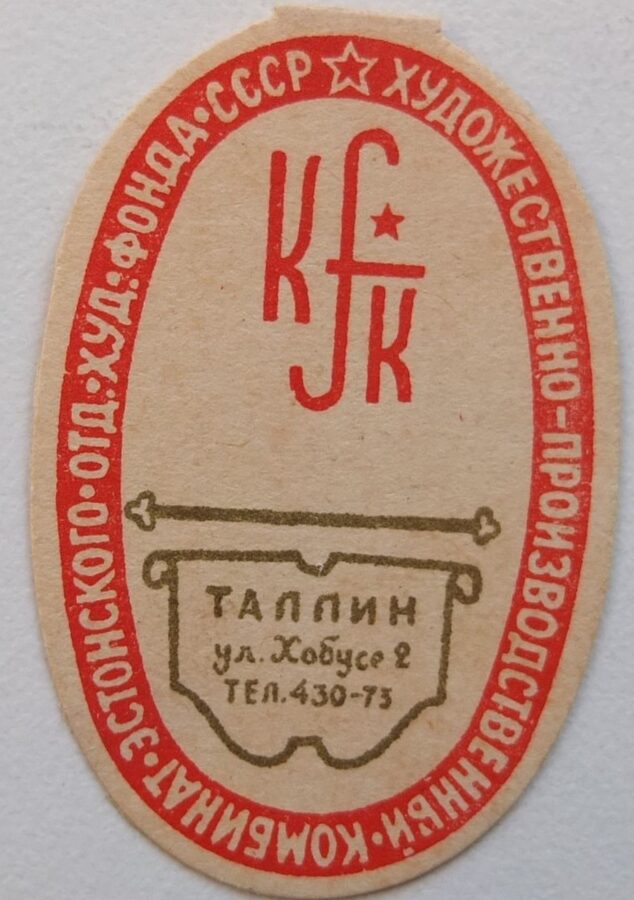 Our neighbours Estonians never had their own porcelain production, but they found their own way – in 1928 Nikolai Langebraun started a small porcelain factory where white dishes bought from other countries - mainly from Germany and France – were painted. Over time, this factory became a serious player in the field of Estonia porcelain design, and Estonians today adore Langebraun no less than we Latvians adore our Kuznetsov and Jessen.

After occupation of Estonia and the nationalization of the Company (Langebraun himself went to Germany with the last repatriation ship in 1940), the porcelain painting factory was included in Estonian SSR Art Foundation, and it was named "Kunstifondi kunstitoodete kombinaadid" – KFK in short. Later in 1975 the factory was renamed ARS. These two abbreviations are worth remembering, because their stamps are found on the bottom of unusualy and peculiarly painted Riga porcelain dishes.

Indeed – after the war, when the previously used German white dishes were no longer imported, Estonian artists worked with Riga porcelain and a little of what was produced in other factories, mostly Russian. Interestingly, the sets were made uniquely and unusualy for us Latvians, so in Estonia you can find sets that are composed of two different forms, for instance. From the times of Langebraun some of the popular ornaments are still found, for example, the famous "Muhu mänd" – we Latvians would just call it „Auseklītis” (a traditional national symbol of Morning Star). Likewise, Estonians did not shy away from using a lot of the red color, which in combination with the white porcelain would have made political suspicion in Latvia during Soviet-era. The main feature of our neigbour Estonian porcelain – it is handmade, made in small batches or even just for individual items.