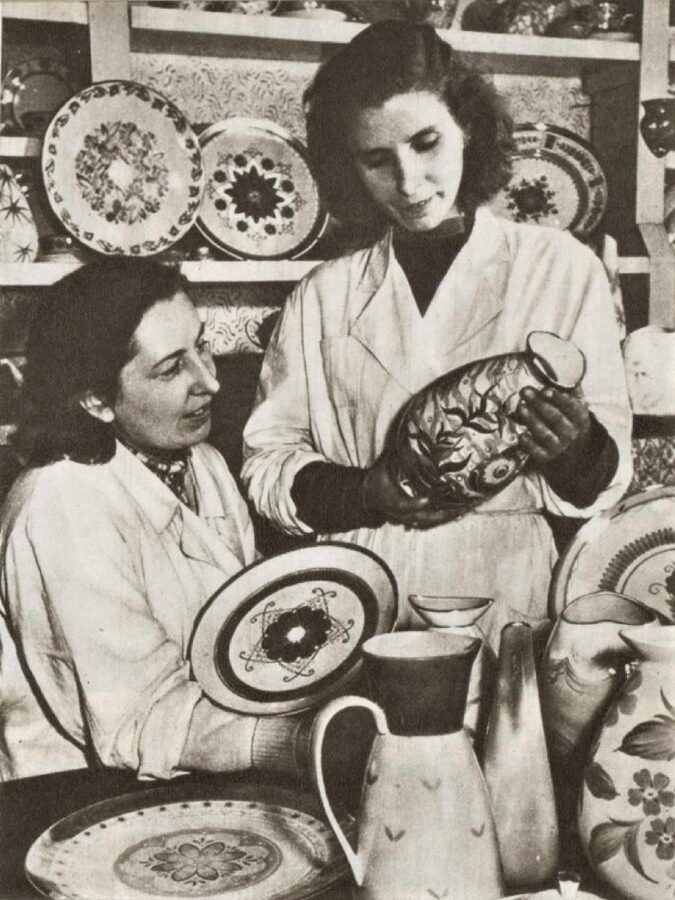 Until 1963 there were two porcelain making factories in Riga – Riga Porcelain Factory (RPF) in Mīlgrāvis and Riga Porcelain and Faience Factory (PFF Rīga) in Ķengarags. While RPF managed to develop the artistic level of its products relatively quickly, RPFF received an open reprimand for products „obsolete in form, tasteless in color and low in quality”, as evidenced by the press of that time.

The rivalry and competition has always existed – in the end, for five sets created by Zina Ulste at that time (both sets „Laima”, „Daina”, „Sakta”, „Vārpa”), RPFF in 1960 could oppose with the coffee set „Ausma”, developed by Anastasija Zumente.

Anastasija Zumente studied ceramics at the Latvian Academy of Arts at the same time as Zina Ulste and worked at RPFF from 1956 to 1962. She endowed all the features of modern industrial design of that time to the set „Ausma”: expressive silhouette with large, easily decorable surfaces, smooth unity of the object and details, where individual elements – spouts, handles were as much as possible casted together with the main form, so they did not have to be glued together. Although the smooth saucers continued to be a threat to the stabilty of cups, the central items – coffee pot, sugar tray and cream pot – had gained a heavy lower part, which distinguished this set from Ulste’s slighty exalted „Daina”.

Set „Ausma” was diverse and popular in its lifespan – according to sources in the Riga Porcelain Museum, it was produced until 1968, and the set, in its variety of decors, was able to compete well with competitors at that time. „Ausma” can be found not only with apple blossoms or silkscreen decals, which were already used on modern thin – walled sets, but also with various hand – painted illustrations.