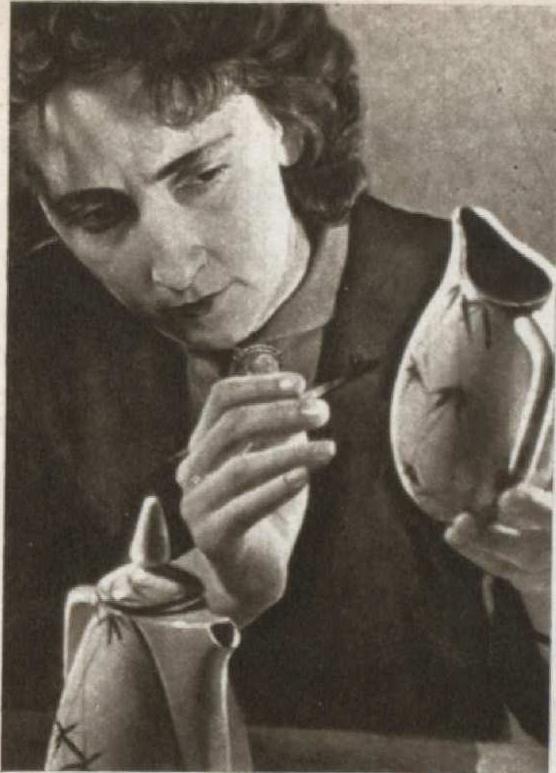 On November 4, 1955, a joint decision „On the Prevention of Excessive Architecture and Construction” was issued by the USSR government and the Central Committee of the Communist Party, which began many courses of action to avoid the imoderate magnificence and grandeur of both the exterior and interior of buildings. At first, this decision affected various decors and finishing materials, as well as functionally unnecessary shapes which had previously made construction more expensive. Of course – these new changes immediately and very quickly affected the design of other objects, including porcelain. Perhaps the young people who had entered the factories after war were ready for this, so already in 1956 Zina Ulste’s coffee set „Daina” started to be produced in the Riga Porcelain Factory.

Set „Daina” with its clean and laconic form was very suitable for abstract decors and various experiments. Simultaneously, it is a set on which we can see decals that have been known since the time of Jessen and Kuznetsov. With „Daina” came the tradition in Riga factories to create a coffee set for 12 people, and a big coffee pot was made especially for this. It was usually the „big sister” of the small pot – without comparison, they were indistinguishable.