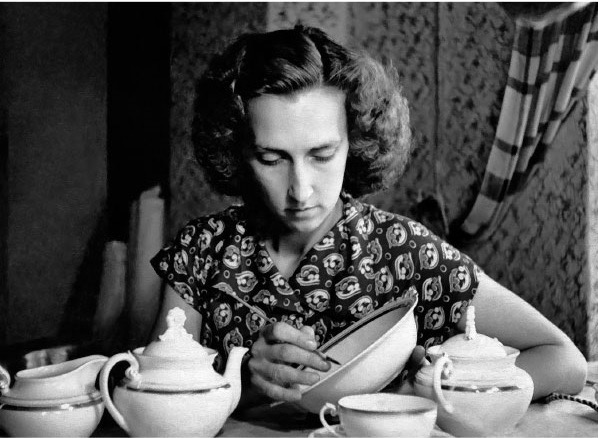 In 1953 Zina Ulste, a young artist who had just graduated from the Academy of Arts, was invited to work in the Riga Porcelain Factory as the main artist of the factory. Since the artist’s interest in porcelain had already begun during her studies, and the topic of her diploma thesis was porcelain vases, made in Riga Porcelain Factory, the proposal was accepted. A year later, the 26 year old artist made coffee and tea sets with the name – „Laima”. These were the first serialized Riga porcelain sets after the World War Two. By maintaining an unified style and using same decorative techniques, different shapes were created for each of them: for the tea set, all the central objects were made more rounded, and also the size of cups un cup saucers differed. As usual, the tea set included a biscuit bowl, while the coffee set had dessert dishes. Although technologically complex, the sets were produced from 1954 to 1958.